General Assembly of the International Federation of the Red Cross and Red Crescent | Geneva, Switzerland 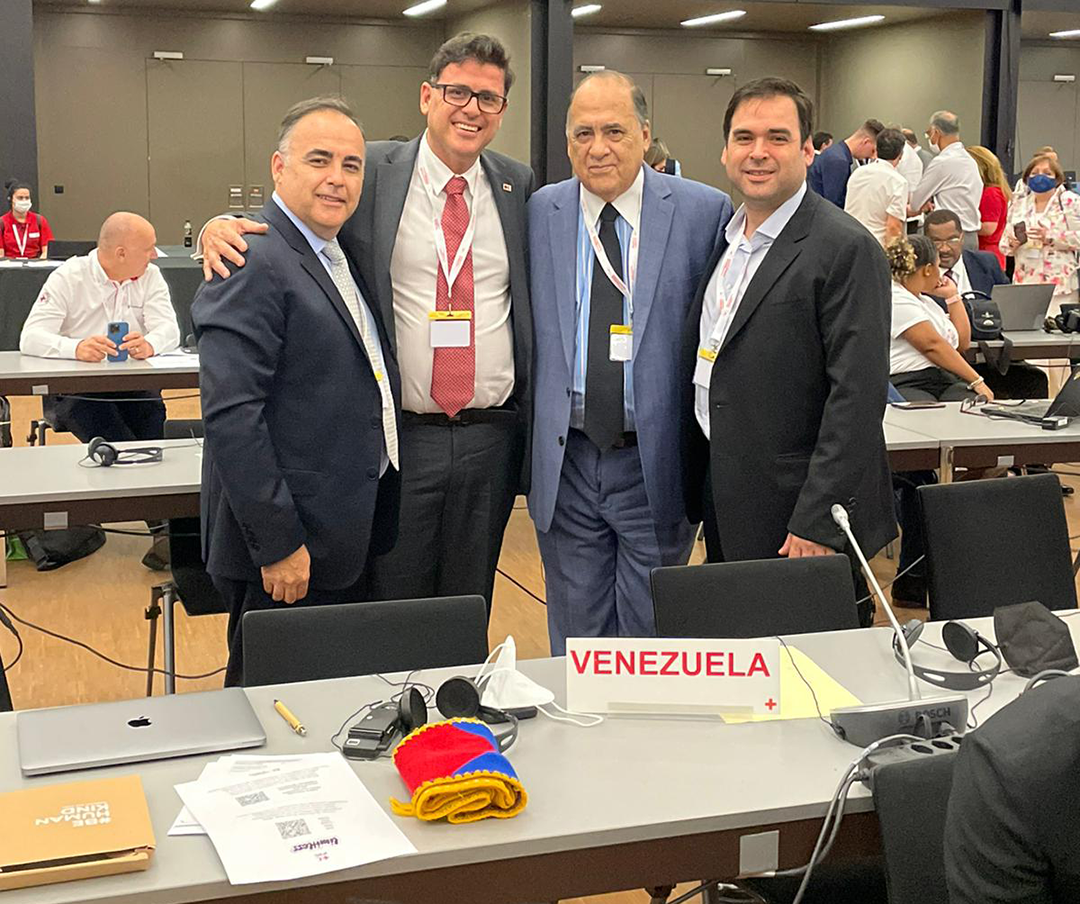 On Sunday, June 19, 2022, within the framework of the assembly of the International Federation of Red Cross and Red Crescent Societies in Geneva, Switzerland, the Venezuelan Miguel Ángel Villarroel was re-elected as vice president for the period 2022 – 2026, to be  part of the Governing Board, where the Italian Francesco Rocca was also re-elected as president.

Elected with an overwhelming majority of 88% of the voting countries in the XXIII General Assembly. Villarroel also stands out as Vice President of the Venezuelan Society of the Red Cross, he is a lawyer graduated from the Andrés Bello Catholic University, a specialist in Criminal Law at the University of Panteón-Assas in Paris (La Sorbonne) and at the University of Salamanca, professor in the chair of Criminal Law at the Universidad Santa María de Caracas and participated in the drafting of the preliminary draft of the Criminal Code of Venezuela (2004) of the Supreme Court of Justice, in addition to other courses, specializations and titles inside and outside of Venezuela.

The vice president’s management has brought great achievements for the Venezuelan Red Cross, in terms of its cooperation in the country in compliance with the 7 Fundamental Principles of the International Red Cross Movement, especially those of Neutrality, Impartiality and Independence.

With this, in 2021 they reached more than 2.6 million people assisted nationwide in areas such as Health, Livelihoods, Disaster Risk Reduction, Restoring Family Links, Protection, Gender and Inclusion and Water, Sanitation and Promotion. of Hygiene.