Visit of Dr. Miguel Villarroel to the Red Cross Society of the Democratic People´s Republic of Korea 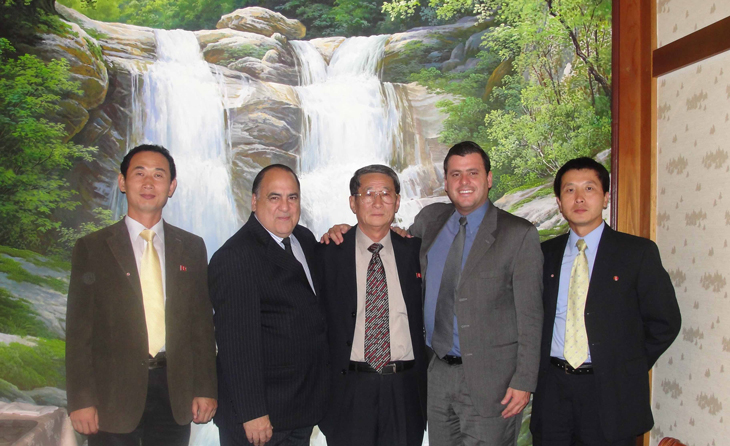 Between the 26th and 29th of September, Dr. Miguel Villarroel visited the city of Pyongyang in the Democratic People´s Republic of Korea. During his stay, he visited the Red Cross Society of the Democratic People´s Republic of Korea where he was interviewed with the Executive Vice-President of this Society, Mr. Paek Yong Ho. Afterwards, he maintained conversations with the General Secretary of the Institution, Mr. Ri Ho Rim. In this visit, he was able to attend to the historical Parallel 38 in the frontier with the Republic of Korea. He also visited the Taekwondo – Do Palace, located in a Sport Village in Pyongyang. The Taekwondo – Do Palace is the biggest taekwondo stadium in the world. In the same manner, he also visited the Academy of Medicine where he met with specialist doctors who use acupuncture to treat their patients.  President Villarroel also attended the biggest show of gymnastic in the world, “ARIRAN”, where more than 100.000 people participate in one stage.