Delivery of temporary accommodation and flooding by the Peruvian Red Cross and the International Federation in the operation “Floods of the Coastal Child 2017” (San Martin de Malingas, Tambogrande Piura, Chiclayo, Peru) 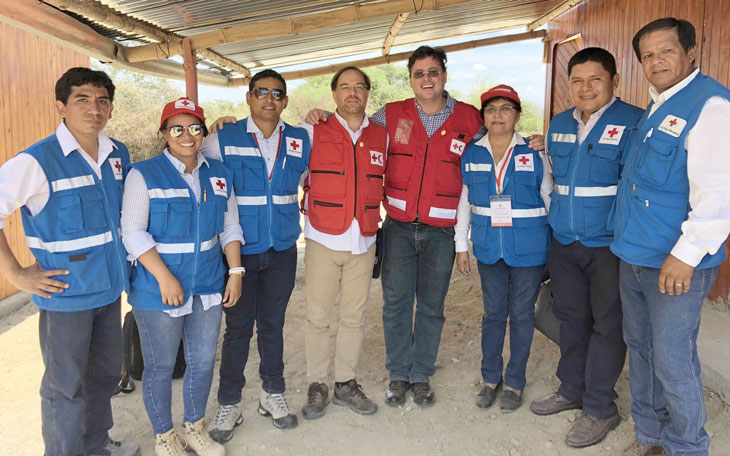 Dr. Miguel Villarroel accompanied by the President of the Peruvian Red Cross Miss Josefina García, moved to San Martin de Malingas, Tambogrande, Piuria, where a lot of 69 temporary accommodations were delivered, with medical assistance and social housing. In this act the Mayor Dr. Gabriel Madrid Orue participated, who effective the delivery of property titles to the beneficiaries.

Once the ceremony was over, Dr. Villarroel and Ms. Josefina García went to the city of Chiclayo, where the towns of Pimentel, Tres Puentes and Pitipo were visited.

In the population of the District Municipality of Pimentel it was construed with the presence of the Mayor Ing. José González Ramírez.

It was also possible to visit the town of Santa Clara, district of Pitipo, where the works carried out with the support of the Spanish Red Cross were seen.

In total, 576 temporary homes were delivered through 11 villages throughout the country as a result of the “Floods of the Coastal Child 2017” 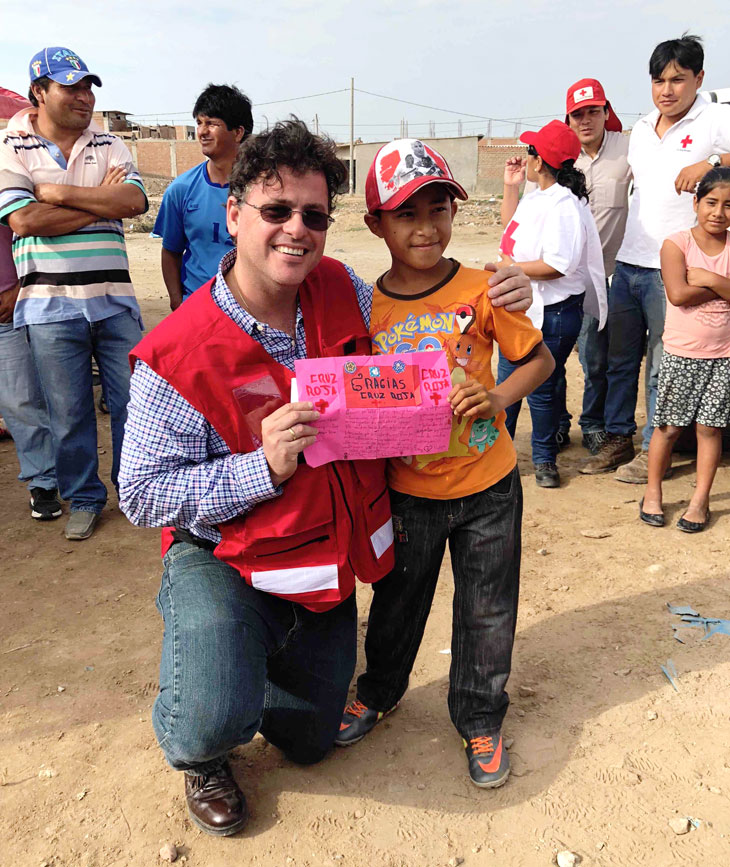 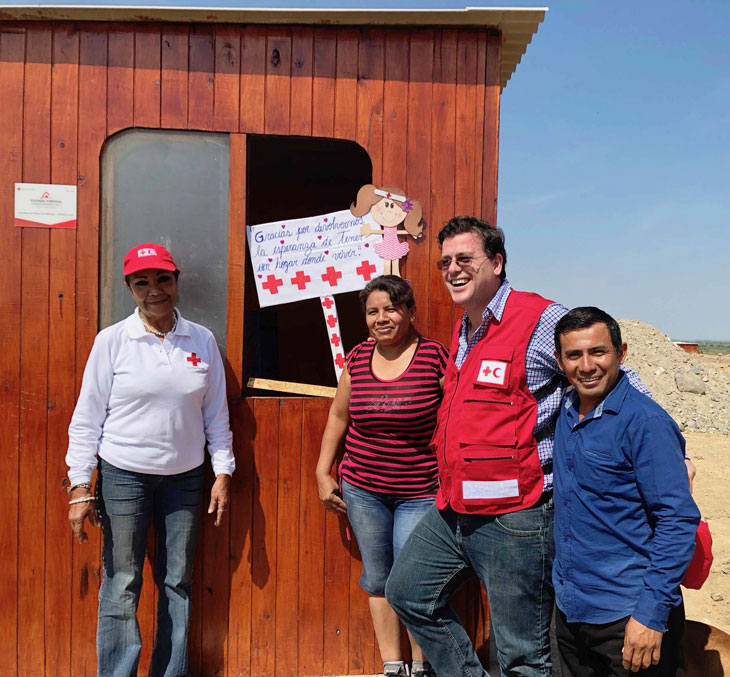 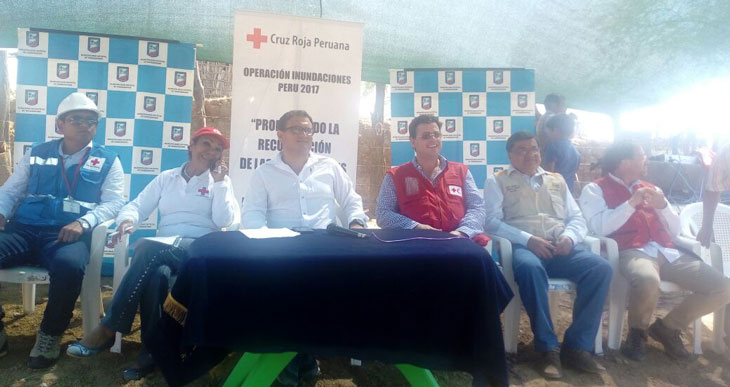 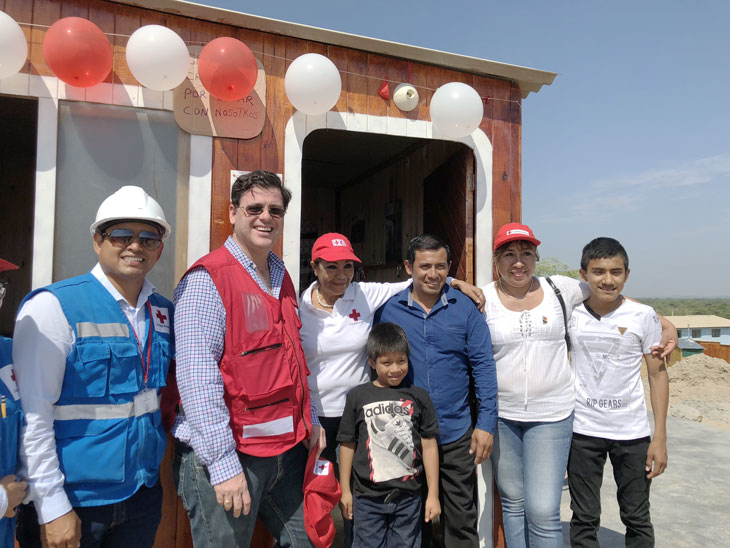 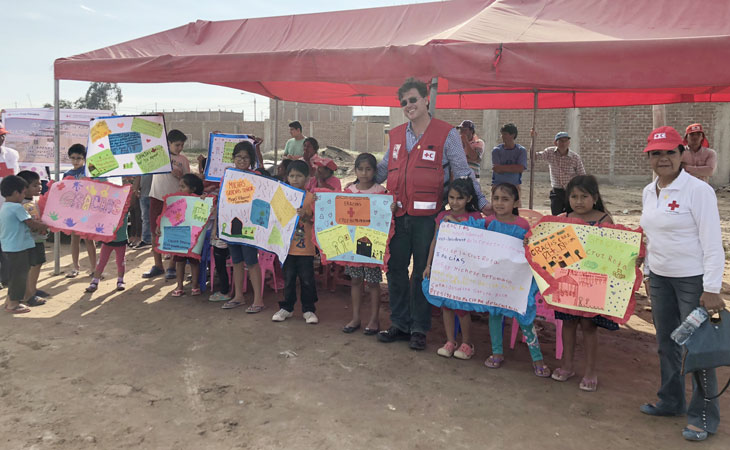 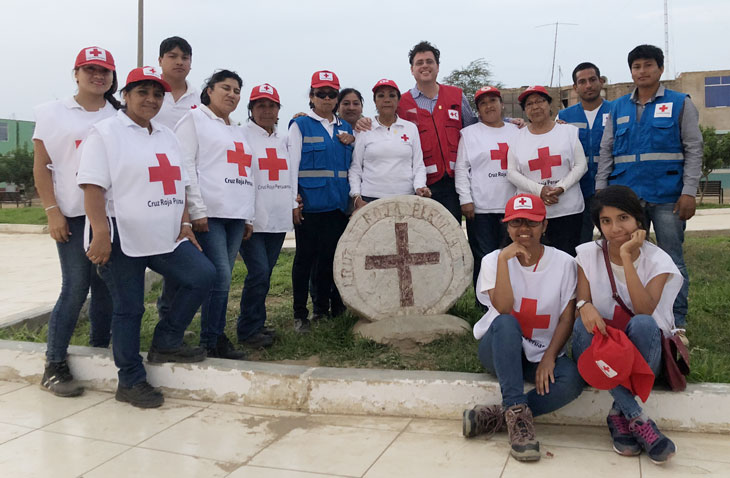 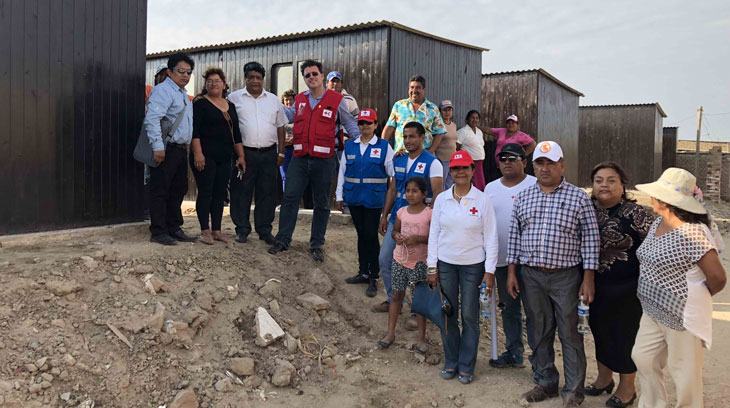