Diplomatic visit of the Vice President of the Federation with the highest authorities in Haiti. Port au Prince, Haiti 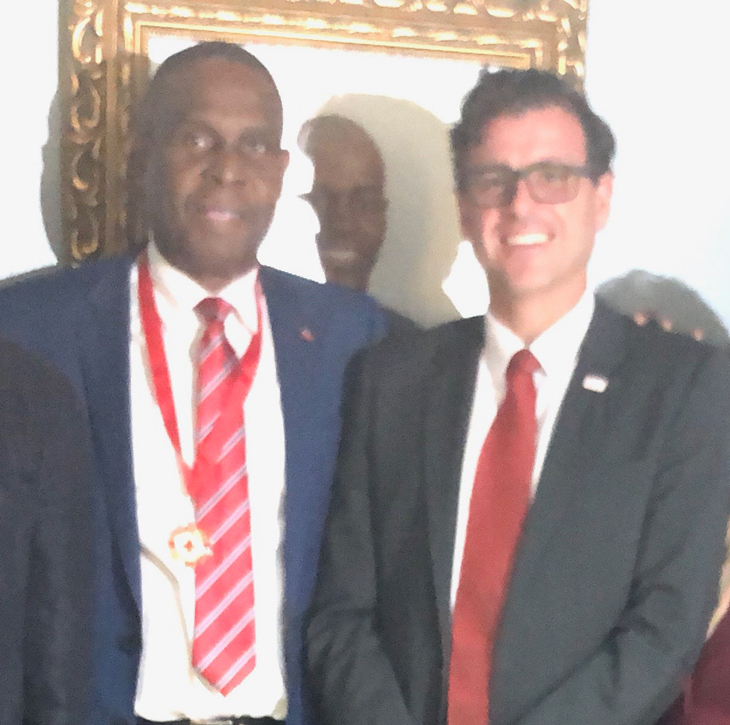 Mr. Miguel Villaroel (Vice President of the Federation), arrived in the country that morning and was received in the Diplomatic Room, by the President of the CRH, monsieur Jean Pierre Guiteau and the Acting Executive Director, Mrs. Inès Brill of the Federation and. The delegation took the opportunity to present their greetings to the Chancellor who returned from his trip and as a prelude to the meeting in the Chancellery.

Around 2:00 in the afternoon, the Haitian Red Cross accompanied the vice president and regional director Walter Cotte to the courtesy visit to Primature.

It was a warm meeting with fruitful exchanges between Cabinet members and Prime Minister Jean Henry Céant and the Red Cross delegation that discussed issues of common interest.

Then in the afternoon, a trace of the usual cordiality of the Minister of Foreign Affairs, Mr. Bchchit Edmond and his economic adviser, Mr. Jean-Claude Barthelmy.

The agreement of the headquarters was the center of the conversation with the Chancellor and the evolution of the construction of the blood bank. 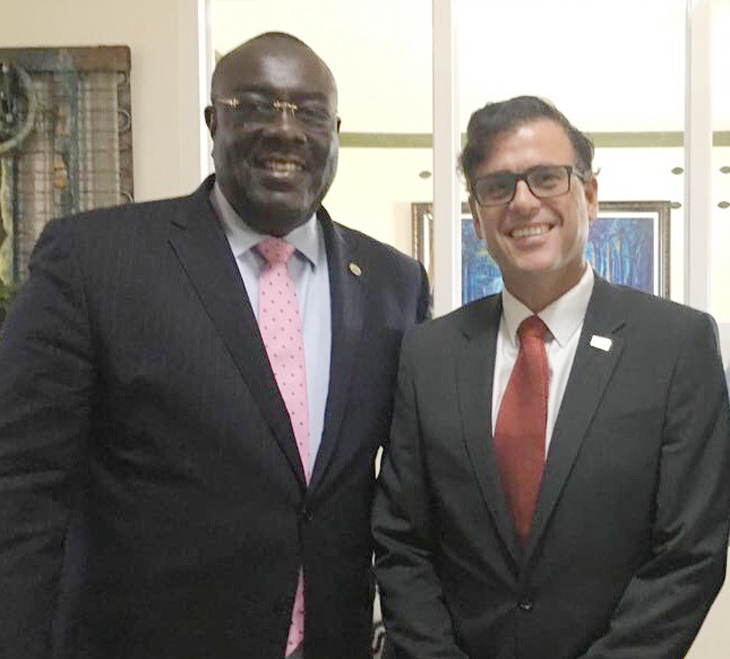 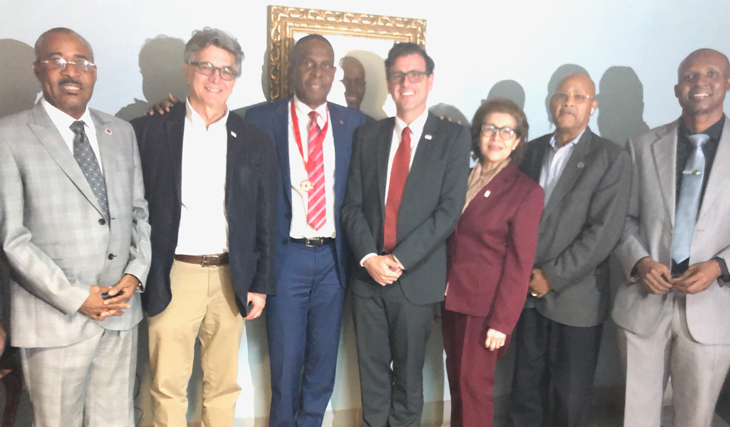