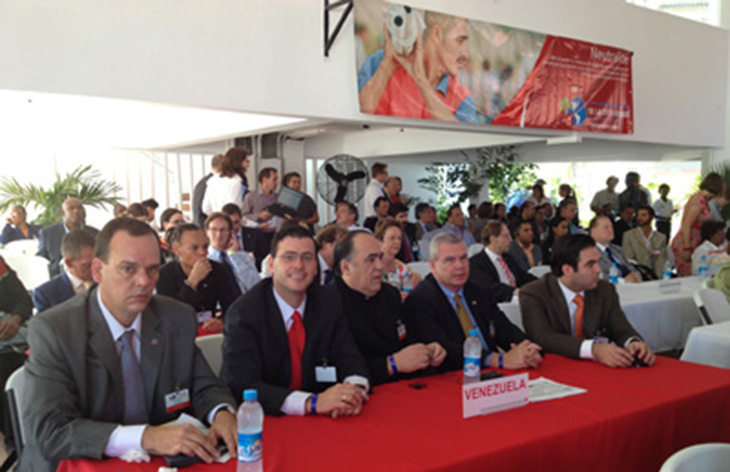 Entre el Between the 13th and 16th of March of 2012, the XIX Inter – American Conference of the Red Cross Societies in the city of Montrouis, Haiti was held.

With the participation of 34 national societies of the American continent and many guests from different parts of the world, the Conference was successfully developed.

The opening act had the presence of the Honorable President of the Republic of Haiti, Michel Martelly, the President and General Secretary of the International Federation, Mr. Tadateru Konoe and Mr. Bekele Geleta, respectively.

The Conference was a success and Dr. Villarroel shared the event with all his colleagues of America.