The Canadian Red Cross could make an exhibition of its operations and evolution, as well as a meeting with members and staff of the National Office. Then a Dialogue was held with senior managers of the organization. 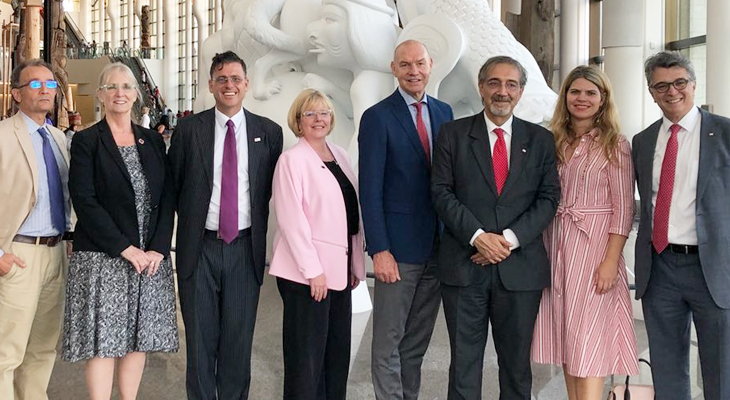 Later, Dr. Miguel Villarroel held a meeting at the Ministry of Foreign Affairs of Canada with Mr. Martin Benjamin, assistant to the Vice Minister of Foreign Affairs (America) and Marie-Helene A. Rivard (Senior Program Officer of International Humanitarian Assistance Programs), with the participation of from Hossam Eisharkawi (Deputy Secretary General and Vice President for International Relations of the Canadian Red Cross), Lai-Ling Lee (Head of the Canadian Department of the Red Cross of America) and Walter Cotte (Regional Director of the IFRC for America).